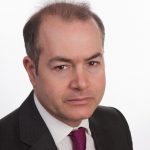 He also has considerable experience advising companies doing business in the Middle East. He brings more than 30 years’ experience much of it in the energy and natural resources sectors. He has recently completed projects in Azerbaijan, Egypt, Ethiopia, Ghana, Israel, the Occupied Palestinian Territories (OPT), Oman and Trinidad & Tobago. He is a former member of the UK EITI multi-stakeholder group. He is also researching and writing a book on the Gaza Marine gas project and related energy issues. He has extensive experience of engaging with governments, private companies, state-owned enterprises and civil society organisations. He worked for more than 12 years as a government relations manager for the FTSE 100 oil and gas company, BG Group (British Gas) including postings in Cairo, Muscat and on the Gaza Marine project team as well as leading on transparency issues and the relationship with EITI. He supports governments implementing beneficial ownership reporting systems to meet international standards, undertake research on policy, economic and governance issues relating to the energy sector in the Middle East as well as providing training, including to government agencies, private companies and state-owned companies.

Michael studied Arabic at the University of Edinburgh, including spending time in Cairo. After graduation, he worked in the newsroom of Middle East Broadcasting before joining Control Risks Group as a senior Middle East analyst. He then worked as a freelance consultant for three years before joining BG Group where he worked as a government and public affairs manager for more than 12 years. After leaving BG, he worked for a year with the leading political risk consultancy Eurasia Group as a director in its energy practice.

He is a keen long distance runner and has completed 25 marathons.